50 years ago, on 11 February 1964, composer Gaston Feremans died in Berchem near Antwerp. A reason for MyPartitor to put the spotlights on this Flemish romantic composer. For the occasion,  music editor Euprint published some of his works in close cooperation with the Brussels Cathedral Choir. These compositions are included in their series Collectio Cathedralis and are now also available in the MyPartitor library. 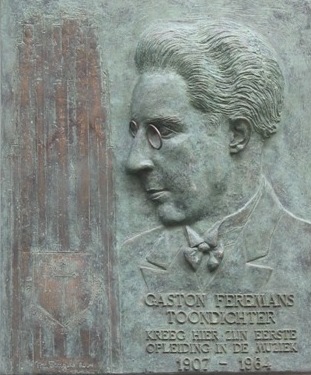 Gaston Feremans was born in Mechelen on May 20, 1907.  Already from an early age he went to the Conservatory of Mechelen following music courses with Staf Nees a.o.  He sang as a boy in the famous St. Rumbold’s Choir conducted by Monseigneur Van Nuffel. In 1929 he won the prestigious Lemmens-Tinel prize of the Lemmensinstitute, where he studied with musical giants like Jules Van Nuffel , Marinus de Jong and Flor Peeters. Later on he studied at the Royal Conservatory of Brussels with Paul Gilson and August De Boeck. After tumultuous years during and after the war, involving hardship and emprisonment, Gaston Feremans would become director of the music school in Aalst, where he became a cultural figure of influence.

As a composer Feremans wrote instrumental as well as vocal music. Among his instrumental music you can find chamber music and symphonic works, but also,  typically Flemish,  many a composition for the carillon. His vocal work is extensive, including oratorios and cantatas, and not less than 6 masses, several motets , carols and anthems. 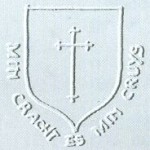 Feremans was a deeply religious and tormented man. Above most of his scores you find the adage  “Min cracht es min Cruys” (my force is my cross).  Feremans remained active, working at various compositions, until his illness and death in 1964.

Feremans in the Collectio Cathedralis
Since its foundation in 1983, the Cathedral Choir of Brussels “the Capella Sanctorum Michaelis et Gudulae” took on the task to save old choral works from oblivion. In addition, they commissioned several new compositions from renowned Flemish composers as well as young talents on the horizon. The Capella wants to make this music available to all interested parties and publishes, in cooperation with publisher Euprint editions, the most interesting works from its collection in the series Collectio Cathedralis.