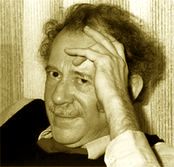 Erik Lotichius is an old man now, in his eighties, weakened by disease, but his voice still sounds vigorous and energetic. And there is nothing but sheer delight and happiness speaking from his eyes, while he is attending the recording sessions of a number of his symphonic works in Saint Petersburg in 2012. “I’m so happy to hear what my orchestral work actually sounds like” he explains in the touching documentary “Mood Indigo. A composer at work” by filmmakers Gys and Leonard Besseling.

Somehow Erik Lotichius was born in the wrong age. He arrived on the music scene in the fifties and the sixties when classical music took a turn to the atonal and avant-garde, a style that did not appeal to him at all. Music for Erik Lotichius should speak to the senses, be pleasing, melodious, … The lack of public appreciation and negative criticism inhibited his inspiration, made him throw lots of his compositions in the bin, and made him then turn to a lighter genre, inspired by jazz and music theatre. He lived an active musician’s life, as a performer and a music professor, but he continued to be haunted by this unquenched thirst for creating his own inner music.

It was not before the age of 70 that he finally could free himself from these oppressive inhibiting thoughts and started to compose as he really felt like. Finding a Belgian publisher (Digital Music Print) who really believed in his work helped him find a new audience.
And classical music in general had in the course of the nineties, taken a turn away from the over-experimental, allowing a more open ear for any musical inspiration. Excellent musicians and orchestra’s started to discover, perform and record works from his hand.

Keen on finding out more about Erik Lotichius and his work ?

Here are links to :